History: of The Lancaster Academy for the Performing Arts
Early Years (1994-2002)

As a homeschooling mother of four, Mrs. Lori LaSala saw the need to have her children participate in group singing.  She gathered 12 students into her living room to learn songs, which they performed at local nursing homes.  Everyone enjoyed it, so she continued the next year...with 70 families! In the early years, the choir was part of Hempfield Homeschoolers which is still meeting at Grace Baptist Church under the name of Cornerstone Homeschoolers.

As the choir grew, it began to develop a unique identity separate from the Hempfield co-op.  In 2003, the choir became independent and was known as the Central Lancaster County Choir, Orchestra and Hand Chimes.  This enabled the choir to add students from other co-ops around Lancaster County.

In 2005, Lorie celebrated the choir's (HHS) 10-year anniversary with a special theatre production of You're a Good Man, Charlie Brown.  The production was so successful that a permanent theatre department, which rehearsed at  Wheatland Presbyterian Church, was added to the existing choir and orchestra offerings.  In 2007, the name was shortened to Central Lancaster County Homeschool Music (CLCHM) to reflect the addition of musical theatre.  The group left the clcmusic.chalc.net joint website for its own website in 2007 as CentralLancasterCountyHomeschoolMusic.com.  And, the first summer theatre camp was held the same year with School House Rock, Live, Jr.

Lorie formed the first board of directors in 2009 and started to move towards the formation of a formal non-profit organization. The first board consisted of Bruce and Lorie LaSala, Keith and Jean Newswanger, Bruce and Julie Etter, Ron and Patty Eastep, Jim Ritchey, and Eric Dinkle.    In 2011, Ms. Bonnie Bosso came on board to strengthen the theatre department. By 2012, the group gained its official 501c3 status and with it, a new name, The Lancaster Academy for the Performing Arts.  The choir toured East Coast states each year and participated in choral festivals with other homeschool groups at Lancaster Bible College. Concert Choir (grades 7-12) enrollment peaked at 120 students in 2013.

Lorie took a sabbatical in 2013-2014, and turned the leadership over to Mrs. Jean Newswanger and a board of directors.  Jean worked to spread the responsibilities over a team of teachers, board members and volunteers. Lorie returned the following year as the choir director.

In 2015, Jean offered several drawing classes and a Fine Arts Department began. Mrs. Sandy Johnston joined the Academy to direct the orchestra and all classes and rehearsals moved from Grace Baptist to Wheatland Presbyterian. Lorie returned to leadership in 2016, but decided to retire midyear making the end of an era.  With the hard-work of many parents and volunteers, the Academy made a smooth transition to new leadership.

2017-2018 was not only a year of transition, but also expansion.  The Academy quickly stabilized after the departure of her legendary founder and grew to an all-time high enrollment in 2018.  With growth, a need developed for a larger host-church.  Lancaster First Assembly provided a warm welcome as 50 new students, several new faculty members and new classes were added.  The first dance classes, expanded instrumental courses and new theatre classes also began.  Jean Newswanger resumed directorship and the number of families enrolled passed 100 for the first time! The Academy is excited for what is ahead as it enters its second generation. 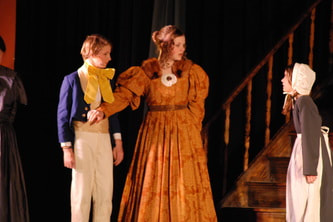 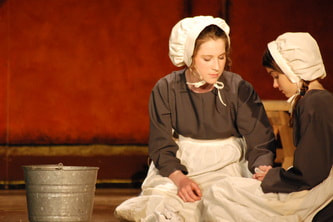 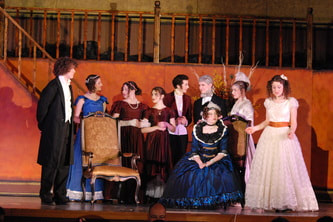 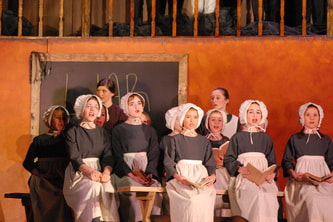 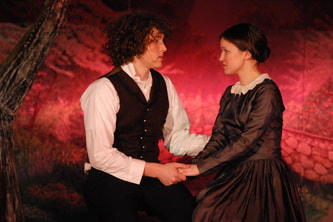